All you need to know about CBD 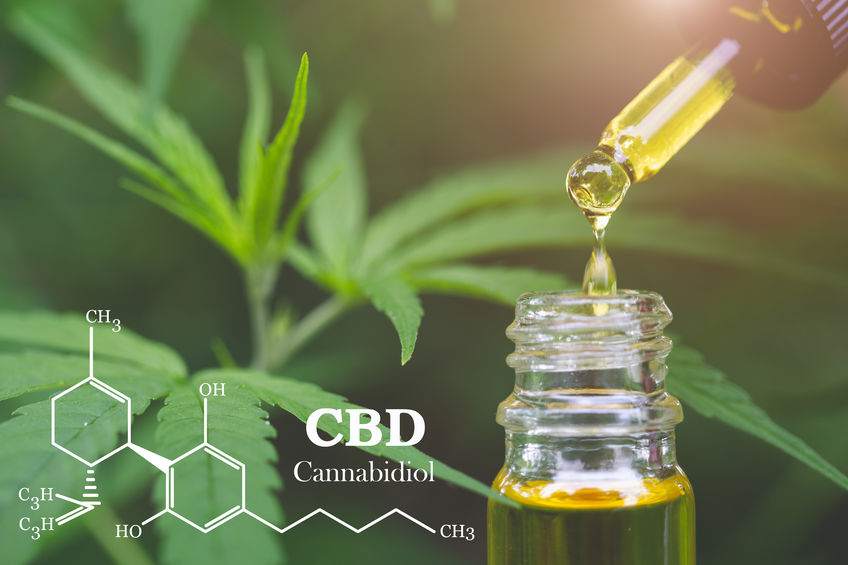 CBD products are everywhere. Here is all you need to know about CBD.

Cannabis is not just for hippies anymore.

Medical marijuana is used around the world to treat young and old to alleviate pain, anxiety, dementia, seizures, and more. Now, it’s cousin, CBD, (the non-stoner in the family) is taking center stage and is helping millions with the same health issues without the the buzz.

Can such a diverse group can be helped by one substance?

The answer is yes, and here’s why. Our bodies have what’s called an endogenous cannabinoid system. Endogenous means in the body. Notice the second word there?

According to Dr. Dustin Sulak writing for Norml.org, “Endocannabinoids and their receptors are found throughout the body: in the brain, organs, connective tissues, glands, and immune cells. In each tissue, the cannabinoid system performs different tasks, but the goal is always the same: homeostasis, the maintenance of a stable internal environment despite fluctuations in the external environment.”

At the cellular level cannabinoids assist in keeping normal cells alive and causing sick cells, such as cancerous ones, to commit suicide. Where there is an injury, cannabinoids calm immune cells to minimize inflammation and prevent nerve cells from over-firing, which lessens pain. Hence, the use of cannabis for pain relief without taking stomach trashing over the counter pain meds.

So endo-cannabinoids are a part of our make up and already hard at work. What if you could give them some support?

Phyto-cannabinoids to the rescue

Phyto-cannabinoids are found in plants. (Phyto) The most widely researched is cannabis sativa, what we know as marijuana and hemp. “Phyto-cannabinoids are plant substances that stimulate cannabinoid receptors. THC is the most psychoactive and certainly the most famous of these substances, but other cannabinoids such as cannabidiol (CBD) and cannabinol (CBN) are gaining the interest of researchers due to a variety of healing properties” Dr. Sulak also wrote.

These phytocannabinoids — including THC — are phytochemicals that protect the plant from free radical damage. When we ingest them, they help protect us in the same way. (My marketing brain sees a strong sales message in there.)

What about synthetic cannabinoids?

The last variety of cannabinoids is synthetic. Synthetic THC, dronabinol, drug name(Marinol), and nabilone (Cesamet), a THC analog, are both FDA-approved drugs for the treatment of severe nausea and wasting syndrome. Others are being researched around the world.

From schedule 1 to CBD in everything

Cannabidiol, aka CBD, is an edible cannabis compound that does not get people stoned but has the balancing, palliative, and healing properties of the cannabis plant. In 2013 Dr. Sanjay Gupta from CNN introduced us to one of the dramatic ways CBD helps the sickest of people in the documentary WEED. It’s not just a primer on the differences of THC and CBD. The main story is of a little girl, a twin, who has a rare form of epilepsy. Some days she was suffering 300 seizures per day! The unlikely remedy? CBD. It’s hard to argue with the dramatic change in this child’s life and the lives of the others featured. (Add to that the thousands who have been treated by compassionate, pioneering doctors since then.) Yet the federal government still has pot — with the psychoactive compounds intact or not — classified as a Schedule 1 drug, (Except in states where it is legal)

Schedule 1 drugs, substances, or chemicals are defined as drugs with no currently accepted medical use and a high potential for abuse like heroin, LSD, and ecstasy.

Much has changed since the first documentary, more research, more states with medical marijuana laws, and more people demanding CBD.

CBD is now a mainstream moneymaker

Not unlike pumpkin spice, once found only in cool weather coffees grande and small, (but now flavors everything from soap to dog treats all year), CBD is in everything. And with millions of dollars up for grabs, things have gotten weird. I’m talking sheets and pillows, pet beds, toothpicks, toilet paper, suppositories, work out gear, and sex toys.

Back to the real world.

What about CBD supplements that promise relief from pain, anxiety, stress, sleeplessness, etc, are they too good to be true? Some are, some aren’t. CBD companies are prohibited from making certain claims. But they are allowed to say things like “it has been studied in everything from stress and sickle cell anemia to Bipolar and Anorexia.” According to projectcbd.org, “Extensive preclinical research – much of it sponsored by the U.S. government – indicates that CBD has potent anti-tumoral, antioxidant, anti-spasmodic, anti-psychotic, anti-convulsive, and neuroprotective properties. CBD directly activates serotonin receptors, causing an anti-depressant effect, as well.”

Supplemental CBD is extracted from Industrial Hemp, the very same cannabis satvia that Big Gov regulates as a drug. Industrial hemp contains only about 0.3% – 1.5% THC, whereas cannabis grown for pot-smoking contains much more or there’d be no stoners.

How do you know how much you are getting?

Research. Supplement industry experts say that CBD levels in Hemp products vary widely. This is true of every other supplement on the market because there are so many manufacturers and no real regulation.

If you are going to give CBD a try read, don’t just throw money at an online site with a few testimonials (Or even hundreds) if they won’t also tell you where their product is grown, what the ingredients are, how its processed, and if it’s certified.

CBD can be taken as a drop, capsule, cream (topical analgesic) applied to the pain point, or an edible. As a beauty ingredient, it’s all about reducing inflammation. And we know that inflammation is the root of all aging evil so if including CBD in our body lotion, or facial regimen, might do more than just make us feel good for the first few minutes. Allure magazine did a great article last year discussing this and more about cannabeauty.

One of the best ways to remain in good health as we age is to have an open mind and try new things. If you’ve been curious about CBD, do some reading, speak to friends who use it, and find a product in your price range from a reputable company.  If COVID has you down, sleepless, restless, or generally out of sorts, CBD gummies might take the edge off. If you’ve got a knee, finger joint, or other body pain that has you reaching for the Tylenol or Motrin more often than you’d like, try a CBD pain cream. I’m still testing different brands to see which works best for me. I’ll let you know when the results are in.