The great wine debate, healthy or not? 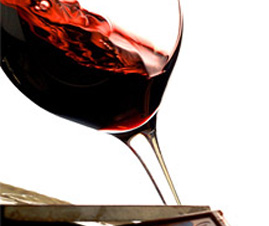 The great wine debate, healthy or not?

Depending on your tastes, religion, current diet plan, age, weight, and belief system, wine is somewhere between okay and healthy or just another sugar delivery system with unpredictable consequences never to cross your lips.

As for me and most of my friends, wine is essential and enjoyable with or without food.

Wine delivers not only sugar but a host of antioxidants said to play a role in cardiac, brain, and skin health. It also plays a role in lowering LDL cholesterol and raising HDL. Some components are being tested for their role in longevity and reversing states of ill health. That last claim is usually tied to resveratrol. It is also found in red grapes, peanuts, and dark chocolate.

Hundreds of millions of dollars have been spent on resveratrol research, and resveratrol products like supplements and skincare are (as of 2018) a $30 million dollar industry. Sales do not equal efficacy though who wouldn’t want to believe that delicious foods and easy-to-take supplements might be a fountain of youth in a glass. Most of the research proving the efficacy of resveratrol as said fountain of youth has been done on mice, cells in culture, fruit flies, and a kind of worm.

When it comes to human studies there have been many, but few reported in major medical journals.

One well-reported study is of 783 test subjects who lived in Chianti Italy, age 55 or older, who were tested over an 11-year time period. The scientists claimed “At the conclusion of the study, researchers discovered that there were no differences in rates of death, heart disease, or cancer between individuals who showed a high level of resveratrol in their systems and those who showed little or none.”

Not to be dissuaded, I find animal studies promising if not predictive of results for humans, and history leaves clues about health and healing that warrant looking at in modern times.

Historically speaking, wine as medicine has legs. The Chinese began fermenting fruit, rice, and honey as far back as 7000 BC and resveratrol has been used in Oriental medicine to treat diseases of the heart, blood vessels, and liver as well as “female problems.” Theirs is synthesized from Japanese knotweed.

The timeline goes on. Here in the present, we have these:

**The studies that show that drinking red wine may protect against depression have not yet been parsed to see whether it’s the compounds in wine or the social aspect of sharing wine with others, or, that it takes the edge off of stress.

What does this mean for you? In true rebellious wellness fashion I have to say, “I don’t know.” Why? Because there is no one way to be healthy, you must find out what your body prefers. There are a few caveats, and the first is that wine should be consumed in moderation. Women absorb alcohol more rapidly than men because of their lower body water content and different levels of stomach enzymes. Therefore, moderate wine consumption will be a lower amount for women than for men.

Wine is a food. As such, you should know what you’re getting in that glass of Pinot Noir from a nutritional point of view. Check out this great infographic from WineFolly.com. It, and the page it’s on, has all the nutri-fo you need to add wine in without having it sabotage your nutrient numbers.

All of my lighthearted support of drinking wine does not ignore the problem of overdrinking. Ann Dowsett Johnston wrote a fascinating book titled, Drink. It seems alcoholism is on the rise in a certain subset of the female population; midlife women. In it she says “We have normalized drinking,” she said. “We look at red wine like it’s dark chocolate. We know the downsides of the tanning bed and trans fats, but not the downside of our favorite drug.”

When wine is seen as food, a part of a meal, a shared way of relaxing with friends, I believe it can be healthy. When it becomes the meal or is used in excess of moderation on a regular basis the body — or the mind — will respond with ill health.

Raise a glass to the age youthfully potential brought about by a variety of lifestyle habits; wine being one delicious one.