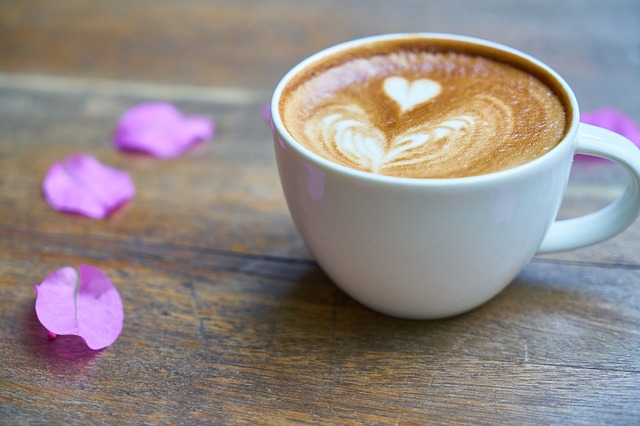 The food police of the 1500s were out in force when coffee made its way from Arabia to Europe via the canals of Venice. Euro Christians called it “Satan’s Drink.” Monks wanted Pope Clement VIII to outlaw it, but the Pope was smitten, stating that it would be a sin to only let “pagans” drink it.

As a recovering Catholic and coffee lover, I’m forever in the Pope’s debt.

Today, coffee is the king of beverages the world over. Only water ranks higher in daily consumption.

Here in America I discovered, thanks to DealsOnHealth.net, that as of 2021

The US is the leading country when coffee consumption is in question, as around 150 million Americans are coffee drinkers. Coffee consumption data also show that men drink coffee as much as women.

Popularity means little to the health police who love to bring up the down sides of coffee while ignoring the health benefits.

Coffee and caffeine of all stripes are no less prominent in the health food wars than saturated fat or booze. As with all food debates, detractors and supporters alike have reports and studies to support their side of the argument.

My goal here is to report both sides but I will admit bias towards “coffee is a health food. If you like it, drink it.”

And yet, for some, coffee is not a health food.

My vote for coffee rests on the science biochemical individuality. Nutrigenomics is the science of how food influences gene expression and how genes affect what we like to eat and how our body responds to food.

Here are a few ways that our genes affect how coffee affects us:

Depending on your genome, coffee will either act as a free radical fighter or not.

For those who are at risk for heart disease and carry a certain gene, caffeinated coffee can either be poison or medicine.

With other diseases like Parkinson’s, the effect will either be protective or benign.

Am I making a case for nutrigenomic testing?

Not yet. I’m in research mode to find the latest data on how, or whether, these tests help people improve their health numbers. And looking for labs that can be trusted for accuracy and privacy.

You don’t need testing to tell you if your body doesn’t do well on caffeine, but some side effects don’t come with a physical symptom, like high blood sugar or low iron.

In case you need a refresher, these are the most common side effects:

Perimenopause can alter your relationship with coffee

At perimenopause, your relationship with caffeine may end up on the skids.

The stimulant effect we like for decades can suddenly over stimulate our already haywire nervous system. You may experience flashier or more frequent hot flashes, jack hammer-like heart palpitations, and never before headaches from your usual morning brew.

You don’t necessarily have to break up — though it might be time — but fewer cups or less caffeine per might be necessary.

Dr. Mark Hyman makes a strong case for getting off caffeine for those who have certain metabolic imbalances like diabetes. Also, for people who want to maximize energy, blood sugar balance, and reduce inflammation.

According to an article on the benefits of coffee at HopkinsMedicine.org, “The case for coffee is stronger than ever. Study after study indicates you could be getting more from your favorite morning beverage than you thought: Coffee is chock full of substances that may help guard against conditions more common in women, including Alzheimer’s disease and heart disease.”

USNews.com (the online hub for US News and World Reports) has a detailed article on the latest science proving that coffee is more than just a sensory delight.

And if you like a bit of milk or half and half and sugar in yours one of the studies they cited says we can enjoy our additions without fear.

Where does this leave you who might be wondering if it’s time to wave bye-bye to your old friend coffee? As usual, the pros and cons sound equally reasonable and supported by research.

If you’ve had that gut feeling it’s time to wean yourself from caffeine, then it might just be.

If you love everything about having coffee in the morning and drink it in moderation; no more than 3 cups per day, AND it’s not loaded with sugary syrup or fake sweeteners, then carry on with one caveat. If you can’t do anything before you have those first few sips or will bite the head off of small people and adults alike if they try to communicate before the steaming hot liquid reaches your lips, you need an intervention.

You do remember that sleeping dehydrates you, yes? Water should be the first thing you reach for upon waking.  Dr. Michael Breus, America’s sleep doctor, recommends drinking roughly 20 to 30 ounces of water before you drink any other liquid, preferably room temperature.

I get it, that much water might feel like torture to even imagine, no less consume. How about start with 10 ounces? First thing. Every morning before you grab that pot of Joe.

Plus, using caffeine to stimulate your system doesn’t give your morning hormones like cortisol a chance to do their jobs. It will likely boomerang later in the day when you don’t want its waking you up effect.

So, as with all health debates, the side you choose depends on how you want to live and whether the bad news is speaking to you with a megaphone.

Coffee is far from evil and those of us who are smitten — and without ill effect — can thank a Pope and some pagans for the heavenly brew.