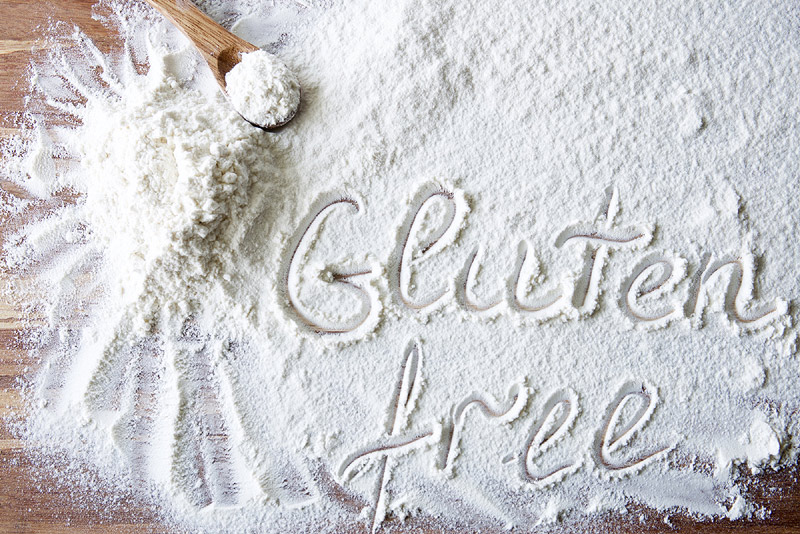 The gluten free is healthier idea arose way back in 2015 or so. I’m reviving it because I’m still encountering women whose whole idea of wellness and healthy aging was built on a bit of science the media turned into doctrine. And suffering emotionally or physically for it.

Nutrition is a complex science.

Nutrition is complex not only because human physiology is.

Human we may all be, but each human has a unique genetic profile. We are a multitude of races, cultures. We span more than one hundred years in age. What’s more, our thoughts, beliefs, and environment weigh in heavily on what nourishes us or doesn’t.

My debate series intends to present both sides of a health topic because so often our news source only presents one side. This is the case with plenty of health related info.

Before we get to the ahem, meat of this one, consider these facts.

One girl’s meat is indeed another girl’s poison, but without genetic testing to determine the best diet for our genome, it’s mainly in mind.

Few meat eaters would die of starvation if all they had to eat on that imaginary desert island were coconuts and seaweed. Few, if any, vegans would give up the ghost faced with nothing but eggs and cheese if they were somehow available on said island.

And then there is marketing.

Food companies and diet gurus alike are guilty of using fear tactics to get you to buy their things and not buy other’s.

Let’s not forget government agencies, whose arbiters of health sit at tables discussing nutrition recommendations for its citizens — not with actual nutritionists with no agenda, but with corporate and industry representatives.

The point here is that the messages that get through are those that are well-funded, regardless of who is behind them. This makes it important to do your due diligence before jumping on or off the latest food trend.

In the case of the gluten-free craze, many people have been well served by reading books like Wheat Belly by Dr. William Davis, and Grain Brain, by Dr. David Perlmutter. Each introduced the idea that a protein in wheat and other grains, when eliminated from the diet, could result in weight loss, less join pain, reduced symptoms of autoimmune disorders, and more.

So far so good.

Both are replete with scientific references supporting their claims. In Dr. Perlmutter’s case, he goes so far as to say that consumption of any grains, including those with gluten, contribute to our risk for Alzheimer’s and overall brain function. This kind of statement without data brings out the uber-skeptic in me.

For every positive review of one of these and other books, there are one or more from other medical professionals saying the science is bunk.

Here’s a quote from Dr. David Katz, Dir. Yale Prevention Research Center: “There is a sizable, but still decidedly minority population that can benefit in terms of feeling better by excluding gluten, entirely or mostly, from their diets. There is a population — an order of magnitude smaller — for which it is vital to do so, and potentially even a matter of life and death. For everyone else, going gluten-free is at best a fashion statement.”

The population for whom gluten-free life is vital for are those with celiac disease, a mere 1% of the population, but still, that’s a few million people. He does acknowledge that there is another small subset that will feel better going GF.

His snarky comment at the end is justified. We’ve all been in the company of a new convert to a food fad who turned a simple meal into a lecture about why we should all follow suit.

These are the people who have given up whole grain bread from an artisanal bakery for a frozen loaf of something GF made months before, made from suspect ingredients to make it feel almost like real bread.

These are not healthy oils because of their high Omega-6 content.

Back to the debate. I researched for many hours on both sides of this gluten free idea and it’s not surprising that the alternative docs and nutrition people support gluten sensitivity as real. Traditional western medicine ones generally do not. Western med says they have the real science, and the rest of us looking for help outside prescription pads and surgery have fake news.

One of the docs I highly recommend you follow if you are a proactive about your health is Chris Kresser. His recent article, Why Gluten Free is Not a Fad is a response to a flurry of news reports saying it is. “Research shows gluten intolerance is real—and “science journalists” (who say otherwise) are clueless.” He admits that the GF diet could be seen as a craze due to the numbers who have adopted it, but he supports his opinion with plenty of well-researched science.

So, who do we believe?

What we as a group believe matters less than what you as an individual experience. Whether eliminating gluten, sugar, or meat with a view toward better health, there is plenty of science to support any claims one wants to make for or against.

What matters is that you find out what works for you. If you aren’t sure if going gluten-free is a good idea, try a two-week elimination diet. Find out what foods contain gluten. Don’t eat those. See how you feel. Better? Great, keep doing it. No difference? Great no worries, have a (small, whole grain,bagel.)

In my humble opinion, this is one of those debates we can lay to rest. Eating a diet of fresh, whole foods, a minimal number of processed foods, and not too much of any of it, seems to cure a lot problems and leaves room at the table for everyone.

Humor cures a lot of ills as well, and this JP Sears video, How To Become Gluten Intolerant might just make you laugh.